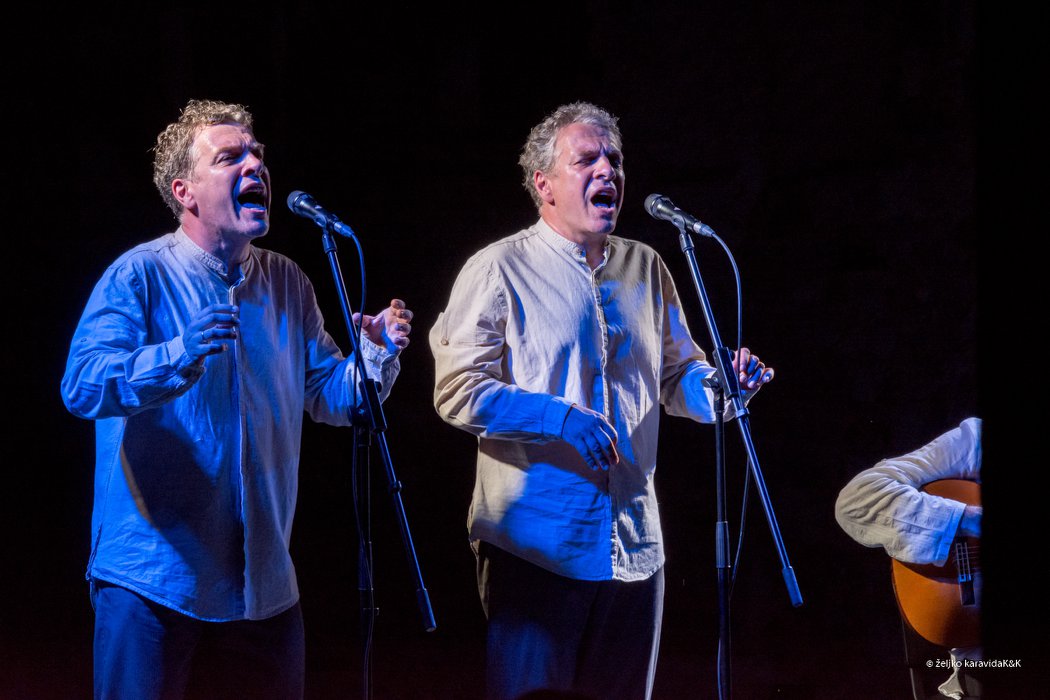 The decision on which concerts to include rests upon a representative repertoire of classical music, but also considers its openness to the general public, as well as the diversity of repertoire, making sure to include solo recitals, vocal, chamber and orchestral performances.

The cycle is named after Blagoje Bersa, one of the most important composers active in Zadar, whose name is proudly worn by the Zadar School of Music. The cycle includes four concerts in cooperation with Blagoje Bersa Music School in Zadar, enabling its professors and students to present their work to a wider audience and to encourage new projects and collaborations, such as is the Bersiade (Bersijada), which promotes Bersa’s music on all levels - from students and professors to professional musicians. The 2016 Bersiade was held as part of the subscription cycle and was performed by members of the Zagreb Guitar Quartet, who played Bersa's piano works for four guitars at the commission of the Zadar Concert Office. The project was also successful abroad: in 2018, with the support of the Ministry of Foreign and European Affairs, Zagreb Guitar Quartet held concerts in Ireland (Dublin, Galway) and Vienna, where the ensemble was joined by Zadar actor Duško Modrinić, who read excerpts from Bersa's diaries. These guest performances enabled the Zadar Concert Office to showcase a first-rate cultural product from Zadar. 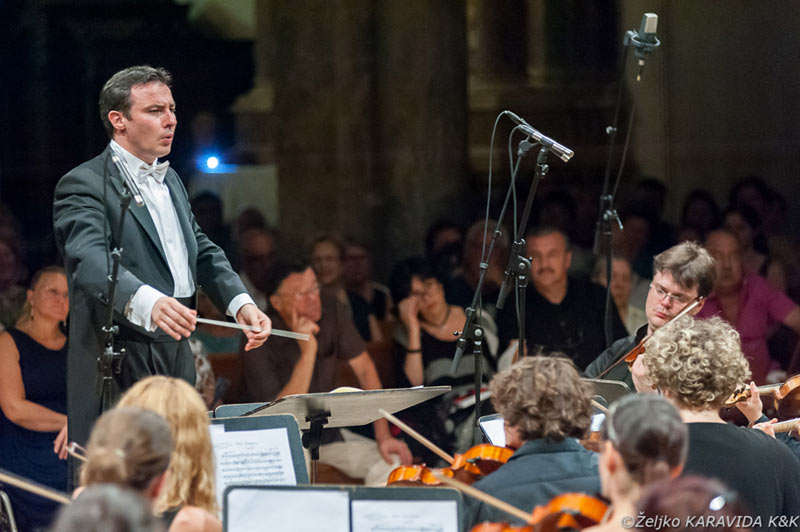 The Zadar Chamber Orchestra was founded in 1961 and is one of the most representative Croatian chamber ensembles. Today it is led by Maestro Ivan Repušić, a conductor from Zadar with an extremely successful international career. The Orchestra’s way to acclaim has not always been easy. The founder Pavle Dešpalj and artistic directors Petar Vrbančić, Dragan Novak and Maestro Ivan Repušić, in their tireless effort and hard work, set a clear goal from the very beginning: to provide the city and its citizens with concert performances and the joy of playing music in their own city. To date, the Zadar Chamber Orchestra has held more than 150 concerts under the direction of Pavel Dešpalj, Igor Kulerić, Petar Vrbančić, Valter Dešpalj, Maja Dešpalj-Begović, Antun Dolički, Branka Višić Karavida, Tetsuji Honna, Edo Mičić, Berislav Šipuš, Tomislav Fačini, Chikara Iwamura, Tonči Bilić and others. Many soloists performed with the Zadar Chamber Orchestra, including Radovan Vlatković, Giorgio Surjan, Boštjan Lipovšek, Marin Maras, Evelin Novak, Martina Filjak, Prerad Detiček, Ljiljana Molnar-Talajić, Pavica Gvozdić, Valentina Fijačko, Petrit Çeku, Srđan Bulat, Željko Milić, Vedran Kocelj, as well as numerous local artists: Gordana Zubović Pavić, Jurica Šoša, Mario Šoša, Lucija Brnadić, Ankica Šoša Graziani, Boris Martinović and others. The orchestra held guest performances in Austria, France, Spain and Croatian music festivals. Their repertoire encompasses works from Baroque, Classicism and Romanticism to contemporary music. The orchestra is particularly fond of performing works by Croatian composers, and regularly includes commissioned works by contemporary local authors. Concertmaster of the Zadar Chamber Orchestra is the young and acclaimed Croatian violinist Marco Graziani, leading both the Soloists and the String Quartet, two smaller ensembles both derived from the same musical entity. During the Concert Season, the Orchestra typically performs four to six concerts, all produced and promoted by the Zadar Concert Office, with a separate budget and funding. 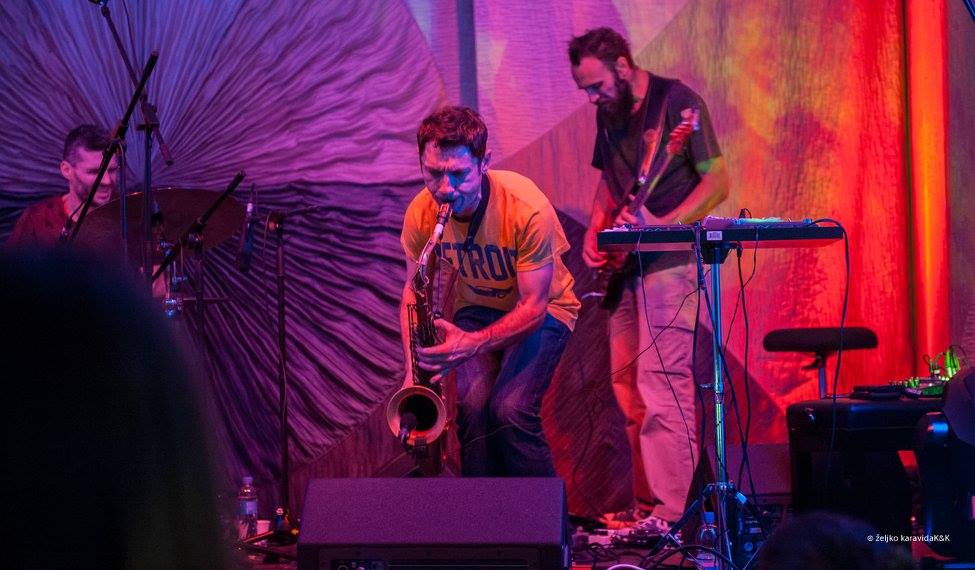 The program was created in 2017 with the aim to enrich the venues and spaces of the Rector's Palace (Bersa Brothers Concert Hall, Multimedia Hall) endowed to us with new amenities and a new audience. The cycle Youth at Rector’s Palace features workshops, music clubs, concerts by young musicians and concerts specifically designed for younger audiences. Club at the Rector's Palace is a cycle intended for lovers of contemporary music (jazz, world, fusion ...) with its transformation of the halls into a club space, whereas the Dance at the Rector's Palace is intended for all lovers of classical dances (with live performances or recorded music). The program attracts a large and extremely diverse audience at the Rector's Palace. These new audiences are slowly starting to attend our classic cycles as well.

The Kneževa Club hosted: Matija Dedić, Miron Hauser, Chui, Mangroove, Gadjo Manouche, Joe and Lela Kaplowitz, Lana Janjanin, Mary May and others. The cycle of Youth at Rector’s Palace featured a workshop of good sound, as well as concerts held by young musicians and young ensembles. The cycle Dancing at the Rector’s regularly features Argentinian tango. 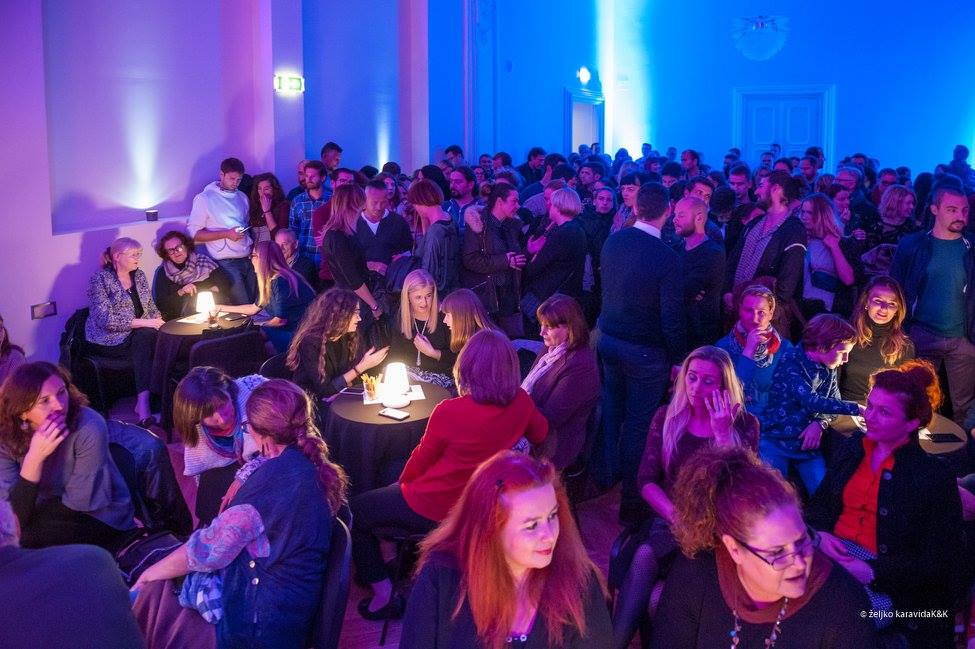 Kneževa Unplugged is a new project of the Zadar Concert Office, supported by the Ministry of Culture at the 2019 competition for Cultural Audience Development. The project aims to contribute to the affirmation of young musicians and visual artists, as well as audience development, within a competitive format, but with an emphasis on the creativity of expression.

Besides contributing to the affirmation of young artists, the project also aims to attract them and their target audience - young people of different subcultures - into attending the spaces of the Rector’s Palace and to make them feel welcome. Musicians are also introduced to an innovative way of communicating with musical heritage by having them work, besides the regular freestyle programs, on motifs from classical music. Through the introduction of collaboration with young visual artists, the project also emphasizes its multidisciplinary aspect - all of which ultimately creates new protagonists of cultural events and their new audience.